You are here: Home » Animating the Past. 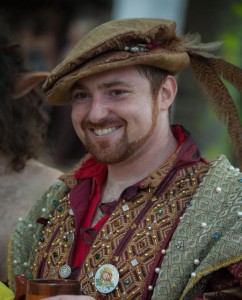 Henry VIII on a good day.

Who doesn’t love the ever-popular Wallace and Gromit? Stop motion animation isn’t limited to claymation; Tim Burton used stop-motion and puppets to create The Nightmare Before Christmas. Learners can use just about anything in their stop-motion animation, and thanks to digital cameras and computers, creating one is super easy!

Necessary skills before the activity – How to use a digital camera including how to upload photographs to PC. Some experience of using iMovie, Microsoft Movie Maker or similar.

Stop-motion animation is one of the simplest, most fun animation techniques. To create an unique and very artistic film, learners need to use their I.T. skills, history skills and imagination in equal parts. Although flashier computer-generated animation is in vogue, stop-motion has a rich heritage of its own.

There are many ways to go about shooting, editing and finalizing a stop-motion short; we’ll be covering the simplest. Don’t be discouraged by the number of steps! We’ve set it out so that you could even give a copy to learners as a quide.

The first thing learners will need is, of course, an idea. In our experience, children working in groups work well on tasks like these. We try to organise the groups so that there are learners with a range of abilities and talents in each group, but you may want to let them choose their own groupings.

In this activity, we’re going to bring a historical figure back to life: the film will record one of the group members steadily transforming into a historical figure. Ask them to brainstorm historical figures or provide a list see http://en.wikipedia.org/wiki/The_100:_A_Ranking_of_the_Most_Influential_Persons_in_History Whilst they are brainstorming, tell them to keep in mind that they can expect to shoot around 10 photos for every second of film.

Second, they’ll need a digital camera. Since they won’t be printing these photos, they can set the camera to the lowest size image setting. This will let them fit more images on your memory card at a time. Depending on how long they’d like their movie to be, they may need to “fill and dump” their camera (copying the photos to the computer and erasing the memory card) multiple times before they are finished.

Finally, in order to turn their images into an animated video they will need video editing software like Apple’s iMovie or QuickTime Pro. There are also a number of free and shareware programs for Mac and Windows.

Let’s say that they want to bring Henry VIII ‘back to life’! They’ll need to tart at the beginning, taking a photo of the classmate that is to be transformed. Remember, you want to use camera (still frame) mode, not movie mode.

After they’ve taken their first photograph, they need to add a feature, garment or prop e.g. a red beard, wig or rosy cheeks, taking a new picture every time something is added. Sometimes they decide to have some fun and take single picture of an eyebrow or moustache moving across the character’s face before it comes to rest in its rightful place! This is fine! Instruct them to continue adding features, garments, make-up etc. (taking a photo after EVERY addition) until the transformation is complete.

Finally, if they make a mistake whilst shooting, advise them to delete that picture on the camera and take another. This will save them from having to edit their film later.

Now that they’ve captured their images, they’ll need to get them onto the computer. This process varies widely from camera to camera and computer to computer. Consult the camera guide and software “Help” if you are unfamiliar with this process (or just ask the children – most will know how to do this!) We’ll be using iPhoto and iMovie for the Mac

First, they’ll import their image files to iPhoto from the camera, and give them their own album. Once the photos have been imported, they close iPhoto and open iMovie. Here, they should create ‘a new iMovie project’, they can name it whatever they like.

They then need to click on the “Media” button to the right above the timeline and select “Photos” at the top right of the window. (On older versions of iPhoto, click the “Photos” button instead of the “Media” button). Next, ask them to select their stop-motion album. All of their photos should now appear in order.

In order for their animated short to play properly, they must tell iMovie how long they want each photo to appear before showing the next one. It’s like creating a slideshow, except instead of giving each image a few seconds, they give it only a fraction of a second. The timing they choose will affect the overall tempo and length of the film.

If you use the 3 frames-per-photo setting, you can easily estimate how many photos you’ll need to create a movie of a given length. We usually use around 100 photos, for 10 seconds of video. If we wanted to make an animation exactly 30 seconds long, we’d shoot 300 photos.

Explain to learners that the next step is very important. In iMovie, they’ll need to select all of the photographs in their stop-motion album (the quick way to do this is to click on the very first photo and then, holding down the shift key, scroll down and click on the last photo.) They then need to click “Show Photo Settings” and type in “0:03″ for the duration in the floating window that appears. Finally, they need to click the “Apply” button and their photos will start getting sucked into the timeline at the bottom of the window. [Older versions of iPhoto let you set the duration in your editing window without clicking “Show Photo Settings.”]

Once iMovie’s finished filling the timeline, tell them to press play – they will have created their first stop-motion animated video short!

If they wish to edit their animation, they can slow it down by choosing to use more than 3 frames-per-photo. They can also add music by dragging MP3s iles to the timeline, or browsing your iTunes library from within iMovie.

To share their stop-motion video, they’ll want to convert it to QuickTime. The steps in this process depend on which version of iMovie you are using. In general, look for “Export” or “Share” options, and try one of the default options. Your iMovie help section will have more detail on exporting to Quicktime.

Interdisciplinary nature of the activity

–        Set a deadline for each stage/step so that everyone finishes at the same time. It doesn’t matter if some have a 30 second film and others have 60 seconds of footage.

–        Possible pitfalls: If they add music, make sure it is licence free if they want to publish their animation to the web.

–        As ever, don’t leave the little tinkers unsupervised with the cameras!

Using I.T to teach history shouldn’t be limited to research and word processing. This allows you to inject some fun and interest into a topic that learners may be finding a bit dreary.

One Response to “Animating the Past.”